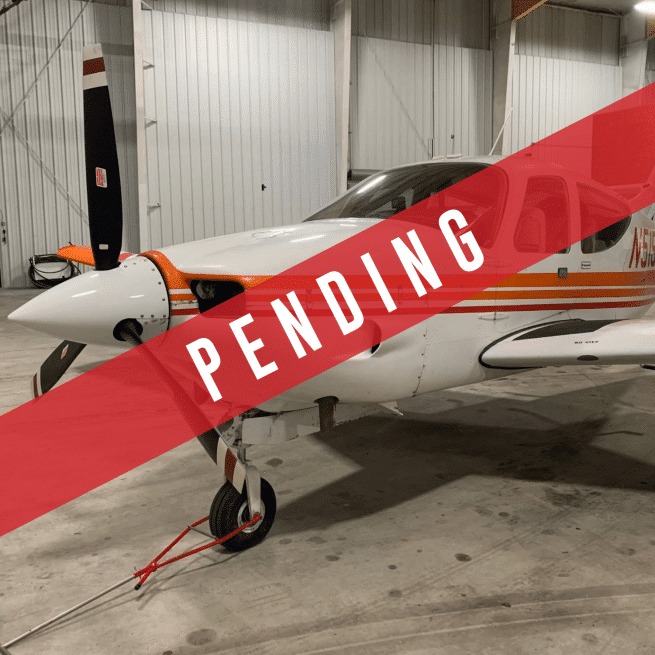 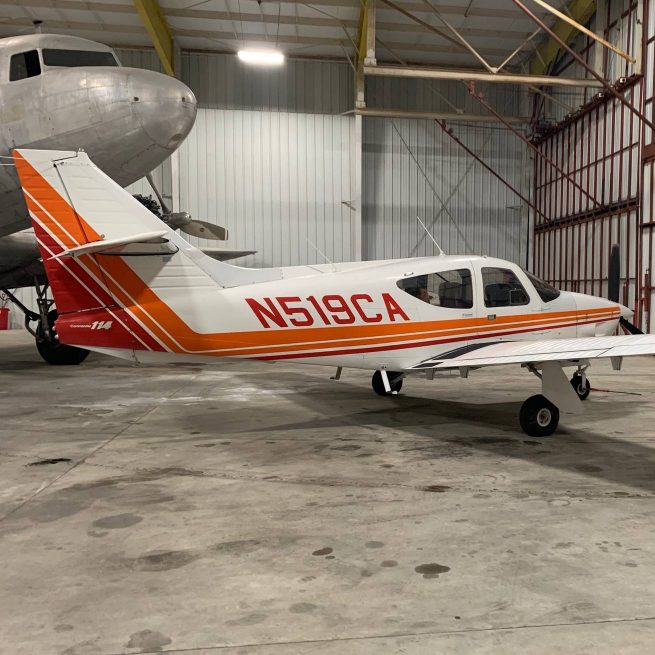 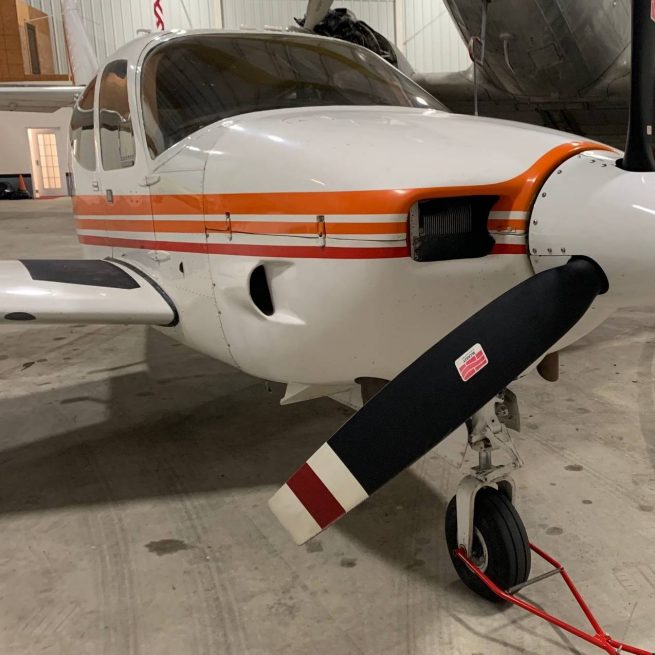 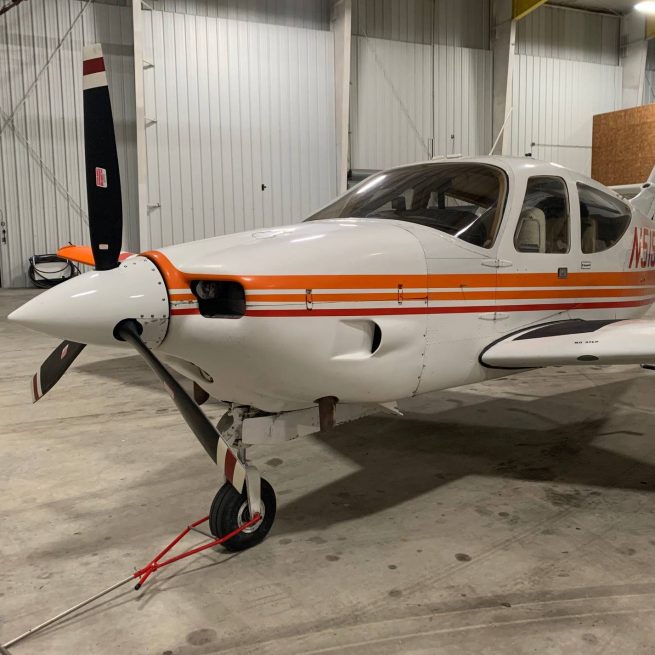 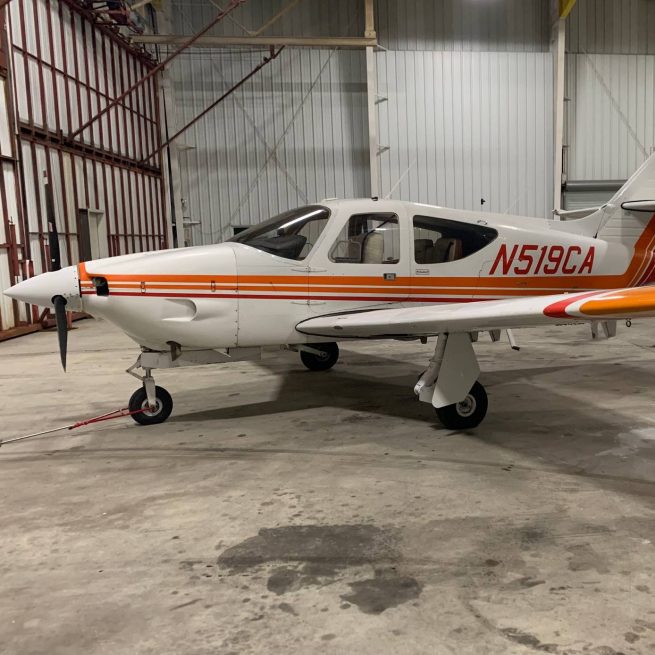 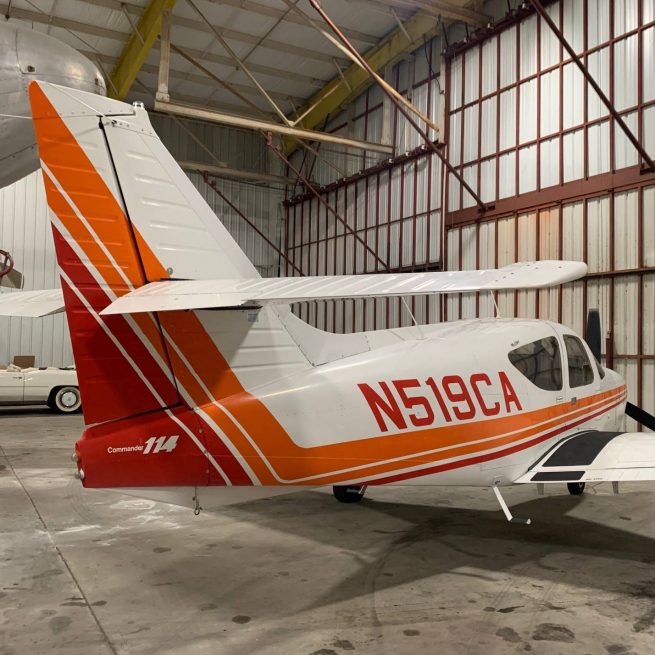 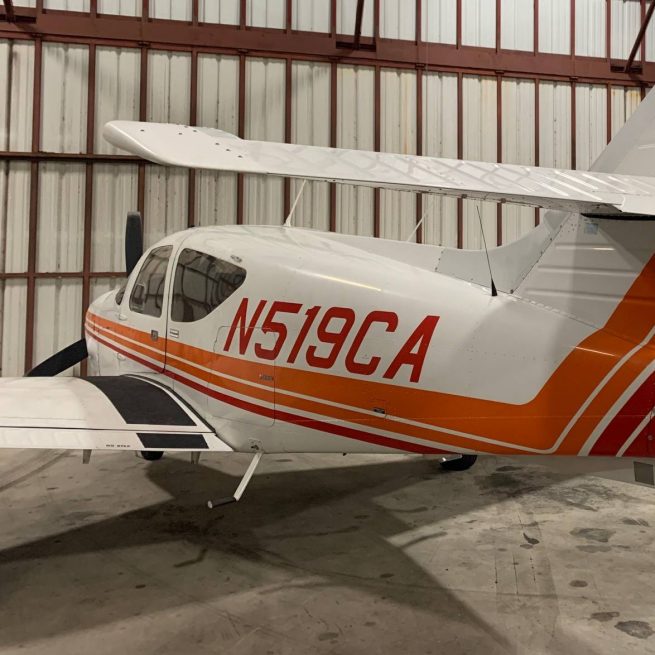 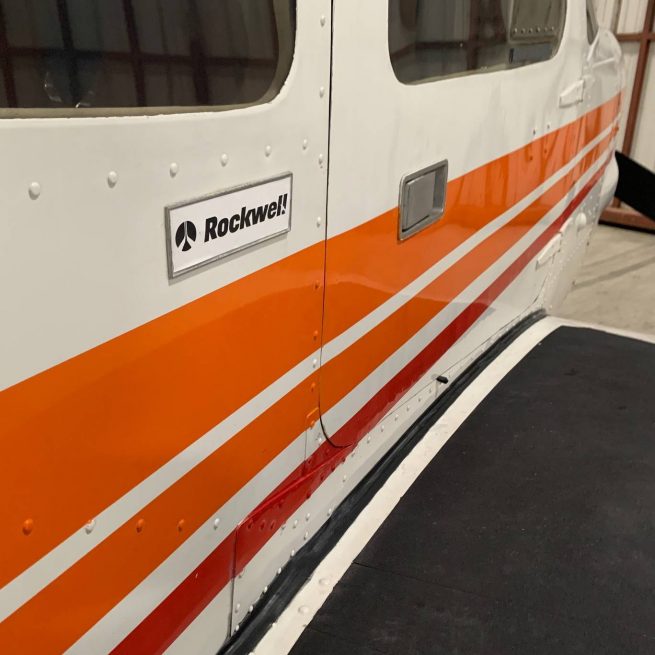 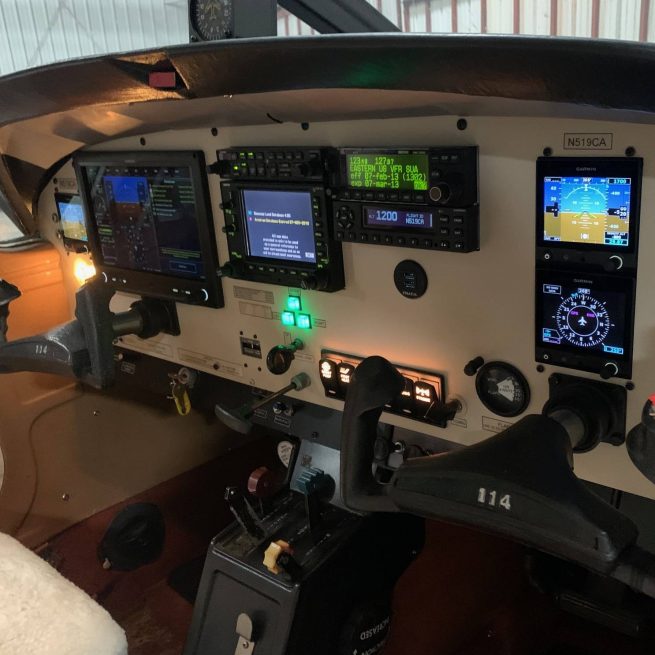 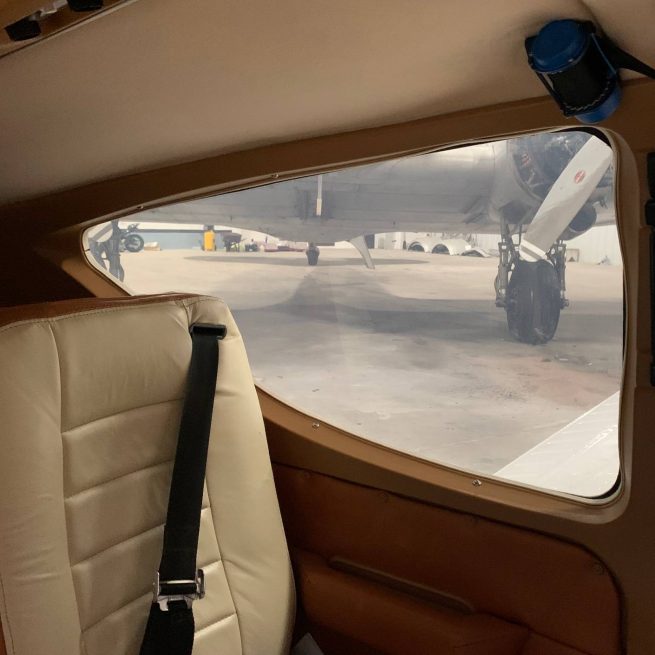 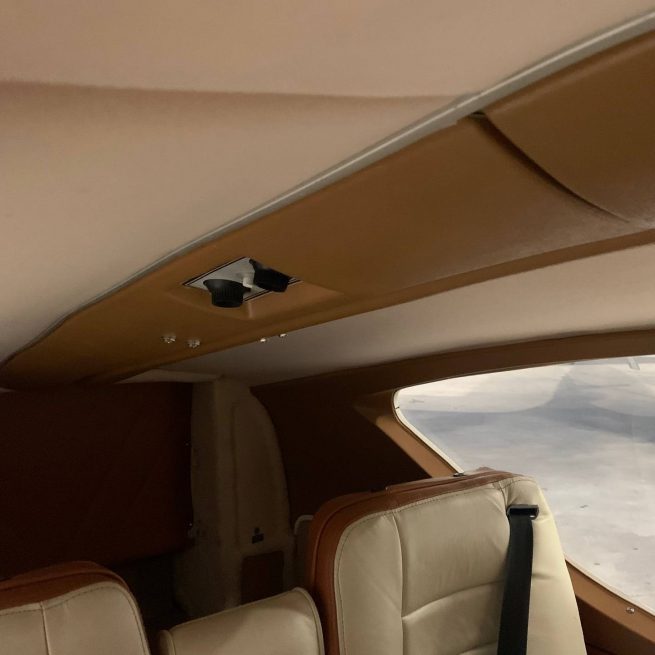 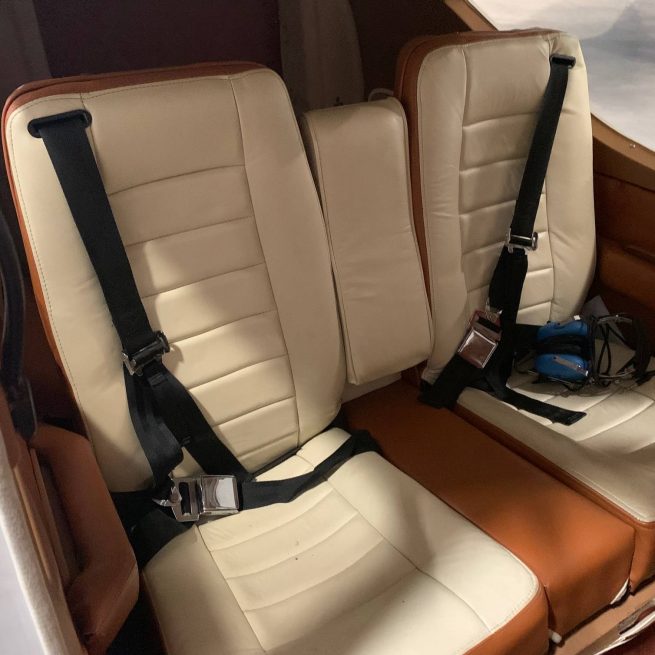 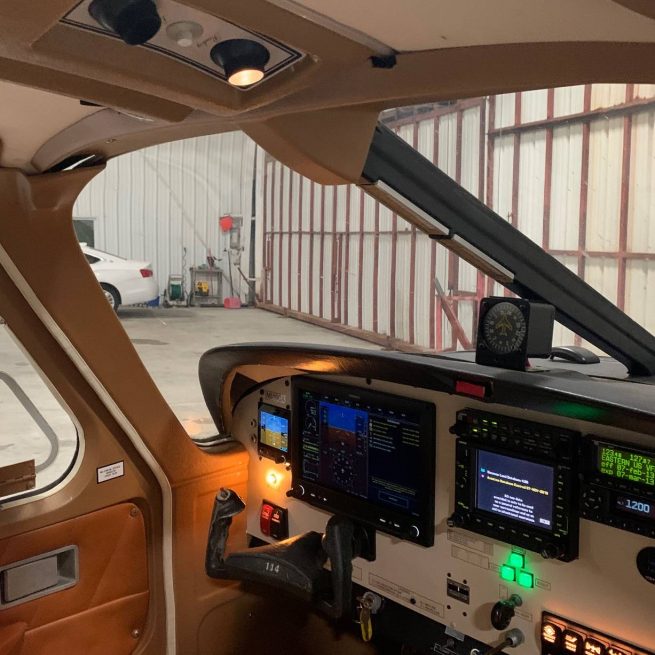 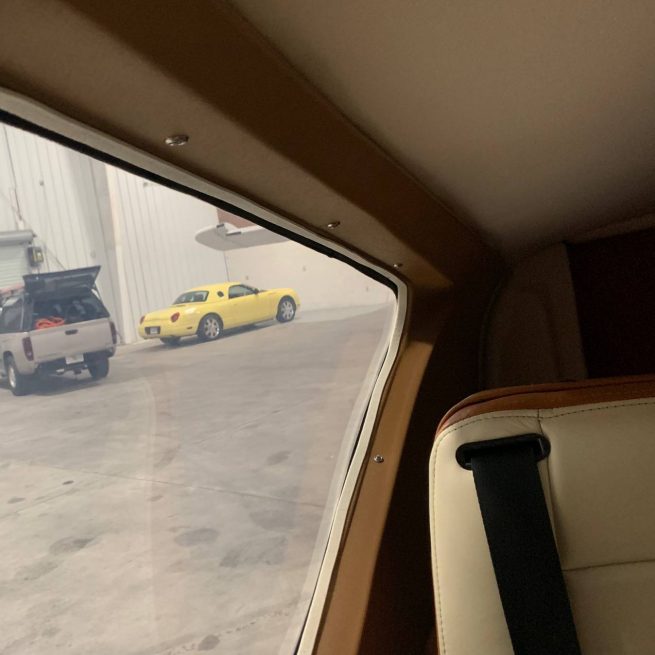 An impressive looking aircraft sitting high on its wheels, the Commander 114 lives up to its name when it sits on the ramp, attracting the attention of those around it.

Marketed as the perfect four place, high performance, single engine aircraft for a small company owner, the Commander has enjoyed admiration over the years from the business world and the general aviation crowd alike. Much like a luxury car, the Commander has been engineered without compromising style, comfort, performance or attention to detail.

Rockwell began its design of the Commander in the late 1960’s. The first 112’s were equipped with a 180-hp Lycoming IO-360 engine. Finding that more power was needed, a 200-horsepower Lycoming engine was it’s replacement. In 1974, the production of the Commander 112A examined earlier issues and fixed them, including expanding the wing for more fuel storage and heavier weight.

This Commander 114 spent most of its life in California till it was sold to its current owner in GA. Recent updates include:

Beautiful plane! Love the avionics! Hopeful I will be able to afford something like this one day! Right now I’d be so grateful for a pair of light speed heat sets to use during my training! 🙏🏼

Love the color. Matches my little back country plane. This is my choice for the IG giveaway!!

Love me a good clean panel!

What a beautiful plane! I’d love to fly this one.

Have always loved the Commanders.

I love the commander 🙂