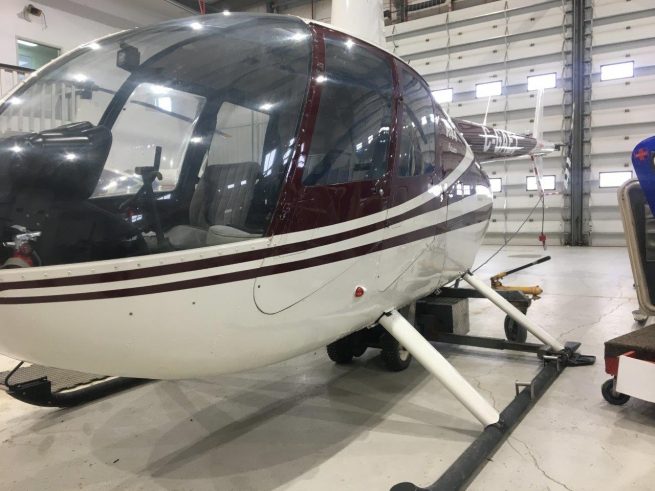 Reserve price has not been met.

After defining the market for light, two-seater helicopters, Robinson Helicopter Company announced in the late 80’s that they would be developing a four-seater and thus the R44 was born. The first flight for the prototype was in March 1990, and since their introduction to the market in 1993, the Robinson R44 has remained in the front of everyone’s mind as the top choice for a high-performance helicopter with easy maintenance.

The Raven I was introduced in April 2000 to replace the original R44, the Astro. The main difference between the Astro and its successor, is hydraulically assisted flight controls. Following the introduction of the R44 Raven I, sales at Robinson soared. The Raven I is a four-place helicopter that fits a pilot and three passengers comfortably. This Piston Helicopter is a popular choice for law enforcement, companies, individuals and flying clubs. In the early 2000’s the R44 became the first piston-engine helicopter to land at the North Pole, and Jennifer Murray’s choice of helicopter to circumnavigate the globe in the R44, traveling 36,000 miles in 97 days. One of the highlights of the R44 is its versatility and it is the best choice for a helicopter that can fill many roles.

With an amazing, unobstructed view and a surprisingly quiet cabin, flying in the R44 is a great experience, and it’s easy to see why in 2015 the Robinson R44 was the world’s top selling helicopter.